For quite a while now, we’ve been hearing that the Detroit Pistons will make the transition to host their games downtown. Details of the move from the Palace of Auburn Hills to the new Little Caesars Arena are still being hammered out, but it looks like the rumor will finally become a reality. An announcement is expected this month and Crain’s reports that Dan Gilbert’s top lieutenant, Matt Cullen’s prediction is, “I think the Pistons are gonna come downtown.”

Cullen also feels optimistic that the proposed Major League Soccer Stadium (MLS) will be built. Project plans include the site of the half-built Wayne County jail project at Gratiot and I-375. The new mixed-use development would cost roughly $1 billion, and will include three 18-28 story towers for residential, office and hotel uses.

Bringing a MLS stadium to Detroit is a big step, but I think it’s a great one. Detroit has never seen anything like it before and, with the shifting trends in the sports world, I believe it will be a success. The metro area has the audience - we see how soccer games held at the "Big House" sell out.

The Detroit Pistons have had an unforgettable history at the Palace of Auburn Hills. That being said, I think there will be so much more excitement generated by hosting their games downtown. Not only will there be many more sold out games, but it will then be a night out in the town. When I go to the Palace for a game, I go just to see the game.   With downtown basketball games, more and more people will come downtown for a game, and then include other activities like dinner/drinks at their favorite restaurant. The enormous operation at these facilities will also lead to hundreds of jobs being available; ranging from executives to janitorial staff. Businesses in Detroit are steadily rising and more sporting events will create another opportunity to boost the economy in the city.

We're now spending more money in restaurants than at the grocery store. Landlords are counting on restaurant tenants to increase customer traffic and revenue.
Read More...

Reimagining Retail - The Evolution of Brick and Mortar

As brick and mortar retailers fight to stay relevant, we're seeing a surge in creativity that benefits both retailers and consumers.
Read More...

Stein Mart has announced that they will open two new stores in Michigan in October of 2016.
Read More...

With small businesses creating new energy and job opportunities, it is inevitable that they will have a major impact on building the economy in the city of Detroit and the surrounding suburban areas.
Read More...

Stein Mart, opens their first location in the Metro Detroit area on November 12th, 2015 with a Grand Opening ceremony and gift card drawing. The new 32,000 square foot store is located in the redeveloped Winchester Center in Rochester Hills.
Read More...

Stop Whining and Make a Change

It's time to start building your dreams and exploring pathways to independence. A franchise just might be the answer.
Read More...

We've added great new features and updated our content to bring you the most up to date information about our company.  Check back often for updates.
Read More...
Page: 12 - All
Request Additional Information 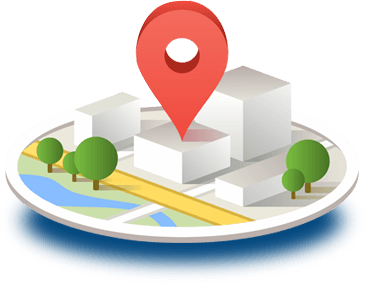